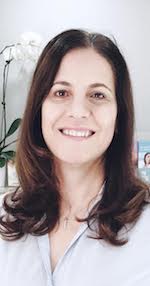 Dr Samia Bainy is the principal and founding dentist of Thornleigh Dental Care.

A graduate of the University of Sydney (1989), Dr Bainy worked as a dental officer at Westmead hospital for two years, before embarking on a career in private practice.

At Westmead Dental Hospital, Dr Bainy was involved in the provision of dentistry in all departments including regular work as a call out emergency dental officer.  Here, she gained invaluable experience in dealing with all aspects of dental emergencies.

The Thornleigh Dental Care practice was opened in 1992, and since then Dr Bainy has built and maintained a large and loyal base of patients.  Her focus has always been on providing ethical and affordable dental treatment for the entire family.  She is now treating second and third generation of patients coming from Thornleigh, Pennant Hills, Beecroft, Epping, Normanhurst, Hornsby, the North West, the North Shore, Dural and The Hills District, Parramatta and the western suburbs.

As well as providing general dentistry, Dr Bainy has a keen interest in cosmetic dentistry, and updates her knowledge and skills with continuous professional development learning.

The practice had a major update and refurbishment in September 2016, and adherence to the strictest infection control procedures, as set out by the Australian Dental Association, is a priority.

There is onsite parking and wheel chair access. For our patients’ convenience, we offer on the spot claims from the health funds through Hicaps terminal.

As a practice, your safety is of paramount importance to us.  In addition to strict adherence to high infection control standards, we also have implemented Covid Safe measures. Read about it here.

We look forward to treating you and your family.